SolarWinds PerfStack – What Is It & How To Use It

For those of you already using SolarWinds, you have no doubt seen and used the AppStack feature. AppStack allows infrastructure across several SolarWinds modules to be visually displayed as correlated entities, giving you visibility of what application is running on which server, on which host, off which datastore, off which SAN, off which LUN etc. etc. 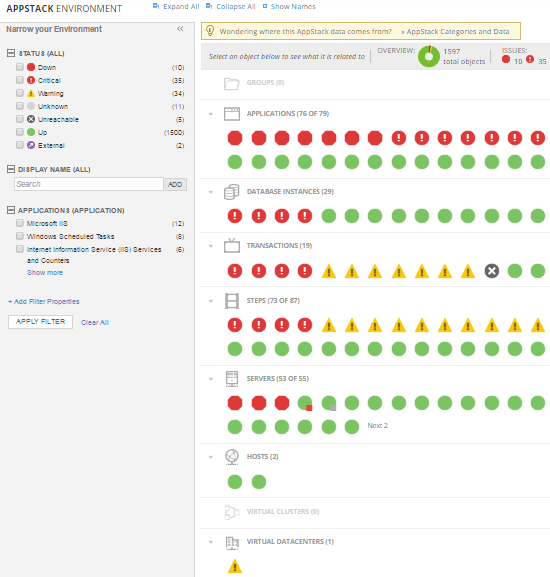 PerfStack takes a different approach to this, allowing you to chart a vast number of disparate data metrics into a single interface. The truly impressive aspect is that PerfStack displays all of this across the same timeline.

As I mentioned, this is a SolarWinds core platform feature which means it is available across many of the SolarWinds modules. NPM, NCM, NTA, SAM, VMAN, and SRM all have their data metrics available for dynamic display on this correlated charting dashboard. The first three applications in the above list are network device focused and the last three are system and operations. Yes, you’ve got there already. Consider the ability to create a visual data chart which displays metrics across all these devices and systems and how everyone supporting the IT infrastructure can see for themselves just where the issues lay.

SolarWinds has always been considered to have an easy-to-use and intuitive user interface, but providing the same level of capability that PerfStack now delivers was always time consuming and didn’t allow timeline correlation. It also meant you had lots of charts that were not formatted in a way which allowed true root-cause information to be seen without lots of scrolling and re-scrolling.

How you can use it

There are too many to list, but let’s put a quick example together. You have an application, it could even reside in the cloud (SAM has new cloud monitoring capabilities in v6.4), which from the top down has:

Not such an uncommon configuration, but one which SolarWinds is probably collecting more than 300 individual monitor data metrics from. Some of these are the Key Performance Indicators for this service entity, such as the status and throughput of the F5 LTM, SQL query wait times, bandwidth on the router, sessions on the firewall, memory management on the Java, disk performance on the LUN and Pools off the SAN. Put all of this on a series of charts, which when you hover over one metric all the other metrics are displayed for that single point in time together in one easy to digest manner and you have a recipe for the truth.

If you’ve been on one of our training courses, you would have heard me say that restricting users who can edit page layouts is important. PerfStack changes this completely, as users can do everything they need in the PerfStack dashboard area; including collating data across metrics on all your devices to uncover service impacting nuggets of information. Give them the knowledge to do it themselves!

Must be hard to create right?

Ye, NOT! Troubleshooting and buiding out correlated charts is a simple Drag and Drop affair. The most difficult this and this comes down to SME knowledge more than the tool, is understanding what metrics are beneficial to display on the dashboard. 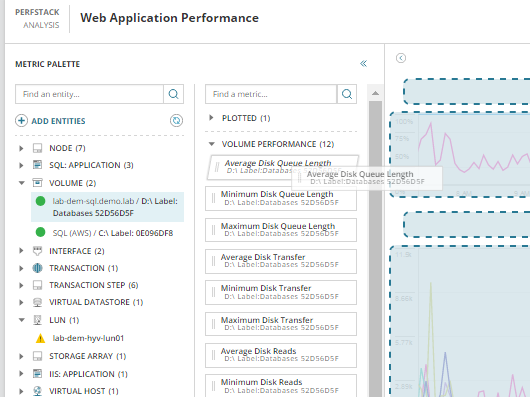 Once you have built your PerfStack dashboard, you can save it for future use. We have already put together some great projects (this is what they are called within the PerfStack area), with the customer feedback being nothing but excitedly positive!

Another really neat feature of PerfStack is the ability to Save and Share, which is so straightforward as anyone can copy and paste a URL. OK, so I know you all know someone especially if you’ve worked on a service desk, but certainly anyone that will benefit from this information. Simply create your dashboard project copy the URL and send that to the person(s) that can help with the troubleshooting and fix.

Learn More About Our SolarWinds Courses

Mark Roberts is the Technical Director at Prosperon Networks and a SolarWinds MVP. Mark has been helping customers meet their monitoring needs with SolarWinds IT Management Solutions for over 14 years.

Related Insights From The Prosperon Blog

In this webinar, you will discover how to leverage the new dashboards framework in SolarWinds® Orion® 2020.2. This webinar examines how to increase your visibility and...

END_OF_DOCUMENT_TOKEN_TO_BE_REPLACED

In this webinar, you will discover how to leverage key new features & functionalities within SolarWinds® Orion® Maps. This webinar examines how to enhance visibility...

END_OF_DOCUMENT_TOKEN_TO_BE_REPLACED

How to Automate Link to PerfStack in a SolarWinds Alert

PerfStack (Performance Analysis) is a feature introduced into the SolarWinds® Orion platform 2017.1 and despite how fantastic this feature is, we’ve noticed as we work with...